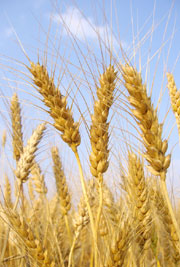 Coeliac disease is a chronic inflammatory disease of the small bowel. In genetically susceptible individuals, ingestion of gluten (a protein found in wheat, barley and rye) causes injury to the lining of the small bowel, resulting in diarrhoea and malabsorption of nutrients and minerals. It usually affects the first part of the small bowel (duodenum and jejunum), but can affect the entire small bowel in some people.

Coeliac disease is a common condition which affects 1% of people in Western populations. It is more common among Caucasians but less common among people of African and Asian descent. In Australia, it occurs in at least 1 in 250 people. Symptoms may start at any age, ranging from infancy to adulthood. For unknown reasons, it is 2-3 times more common in women than men.

It is clear that coeliac disease is associated with the ingestion of gliadin, which is a component of gluten. Gluten is present in wheat, rye, barley and, in smaller amounts, oats. A gluten free diet reverses both patient symptoms and damage to the small bowel. Exposure to other environmental antigens (e.g. a virus) may also have a role in triggering the onset of the disease. Other risk factors may include breastfeeding, when gluten ingestion commences, and smoking.

Coeliac disease has a genetic component: 10% of immediate family members are likely to have the disease as well, even though they may experience no symptoms.

Almost all people with coeliac disease have certain genetic components (alleles) known as HLA-DQ2 or HLA-DQ8. However, these two alleles are also present in around 30% of the population, and most of those people do not have coeliac disease. Therefore, there may be other genes or factors that are also involved in causing coeliac disease.

The first symptoms of coeliac disease may appear in infancy after the introduction of cereals in the diet. Children may grow out of it during adolescence, but some experience a return of symptoms a few years later. Alternatively, the symptoms may first appear at any age from infancy through to adulthood. Many patients experience frequent attacks of disease that come and go spontaneously. Different people experience different symptoms, ranging from mild/minimal to severe, but the majority get relief after starting a gluten-free diet.

In coeliac disease, some people may experience different symptoms to others. Adults usually have diarrhoea and abdominal pain or discomfort, but some may have symptoms unrelated to the bowels. The following are the main symptoms of coeliac disease:

Symptoms related to the bowels:

People who are diagnosed after being screened or during biopsy for another reason may have no symptoms at all.

During the examination, the doctor may check for signs of anaemia and malnutrition. There may be signs of iron deficiency, such as anaemia, deformed nails (koilonychia), mouth ulcers and inflammation of the tongue. Other signs include swelling due to lack of protein, and neurological problems from multiple nutrient deficiency. An itchy, blistering skin condition called dermatitis herpetiformis may be seen, especially around the elbows and scalp, and occurs almost exclusively in people with coeliac disease.

How is Coeliac Disease diagnosed?

To confirm the diagnosis, biopsies have to be taken, which are tiny samples of the lining of the first section of the bowel (duodenum and jejunum). This is usually done under sedation by passing a tube with a camera down the throat into the stomach and the small bowel (endoscopy). It is vitally important to not start on a gluten-free diet before undergoing these tests, because they can produce false results in patients who are on a gluten-free diet.

Patients with coeliac disease are 80 times more likely to develop cancer of the small bowel compared with the general population. However, this cancer is usually extremely rare, so the absolute risk of a patient actually developing it is still very low. Other associated cancers include oesophageal squamous cell carcinoma, oropharyngeal (throat) squamous cell carcinoma, and non-Hodgkin’s lymphoma. It is thought that a gluten free diet is protective against the development of these cancers in patients with coeliac disease.

Coeliac disease is also associated with delayed onset of periods in girls, early menopause, absent menstruation, recurrent miscarriages and fewer children due to relative infertility. A gluten free diet can reduce the risks of having these conditions.

How is Coeliac Disease treated? 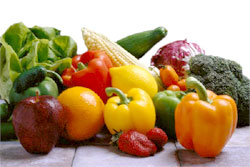 The mainstay of treatment for coeliac disease is complete elimination of gluten from the diet. Because it is a major, lifelong dietary change, it is important to note that this should be tried only after the diagnosis is confirmed through biopsy. The doctor may refer patients to a dietitian, who is the best person to provide important information and education about nutritional and dietary requirements in coeliac disease. They may also provide practical advice about implementing a gluten free diet.

People with coeliac disease should avoid all foods containing wheat, rye and barley, as well as gluten-containing medicines. Most patients are not affected by oats, but commercially available oats are often contaminated with gluten from wheat and other grains.

Other starchy foods such as rice, corn, maize, buckwheat, potato, soybean and tapioca are all safe for patients with coeliac disease.

Joining a local support group can be helpful for people with coeliac disease. A reputable coeliac association is a great resource for up-to-date information on services and support groups in the local area.

Maintaining a gluten-free diet can be a challenging and overwhelming process for some people. Hence it is important to have regular follow-up with a doctor or dietitian so that any problems or issues can be discussed. Some common problems encountered are:

Often patients may be continuing to eat gluten inadvertently, as many processed foods can have gluten in them. This is a common reason for persistent symptoms after commencing a gluten free diet. Nevertheless, occasionally there may be another reason for the persistent symptoms, such as complications of coeliac disease, another diagnosis, and refractory coeliac disease. Hence, it is important to follow up with a health professional if the symptoms persist or recur after a period of remission.