Introduction to nutrition and teeth

The main cause of tooth loss is tooth decay (also known as dental caries) and one of the most significant factors in the start of tooth decay is what we eat. The diet we consume can also play a significant role in erosion of teeth as well as the development of defects in the tooth structure (e.g. enamel hypoplasia, fluorosis). Gum disease (also known as periodontitis) is another cause of tooth loss. However, what we eat does not tend to affect gum disease as much as tooth decay.

There is no doubt that what we eat is linked with tooth decay. The bacteria that sits on our teeth, known as dental plaque, uses sugars in our diet as a source of energy so that more bacteria can form.

The bacteria metabolise sugars, and this results in the formation of acid that starts the process of tooth decay by softening the enamel or dentine.

As acid is introduced into the mouth and eventually onto the teeth (from bacteria that release acids or from acidic food and drink) the mouth encounters a drop in pH (meaning it becomes more acidic). The pH at which damage to teeth occurs is 5.5. The normal pH is around 6.8-7.5. If the pH in the mouth remains above 5.5 for sufficient time then complete repair of enamel may occur following this initial damage. If the pH is too low for too long, then damage to the tooth will be greater than the repair of the tooth and this will result in tooth decay.

The repair process is a result of good saliva. Saliva provides lubrication, washes away sugars, has antibacterial components and has buffering components to fight against acidic attack. Dry mouth is related with higher tooth decay.

Dental erosion is the progressive loss of enamel and dentine that is chemically lost from the tooth surface in any way apart from acid released by bacteria.

Low salivary flow rate and poor buffering capacity to fight acidic challenges occur in people with dry mouth and so dental erosion can be a significant issue.

Acids can be intrinsic (from inside) or extrinsic (from external sources). Intrinsic acids are from vomiting and regurgitation. The extrinsic acids are from the diet, e.g. citric acid, phosphoric acid, ascorbic acid, malic acid, tartaric acid and carbonic acids found in fruits and fruit juices, soft drinks (both carbonated and still), some herbal teas, dry wines and vinegar-containing foods.

Excess fluoride ingestion during enamel formation can lead to dental fluorosis and this condition is observed particularly in countries that have high levels of fluoride in water supplies. It is also observed in people, who in their childhood years ingested a reasonably high amount of fluoride via fluoride supplements or ingestion of fluoride containing mouthwashes and toothpastes. 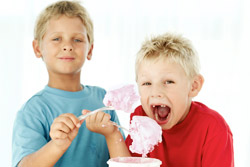 Sugar is undoubtedly a large factor in tooth decay. It is believed that the following factors are able to alter the effect of sugar on tooth decay:

The conclusions we can make are that:

Frequency and amount of sugars consumed

Products that are sticky, retained for long periods in the mouth or consumed with high frequency have a greater chance of causing tooth decay than foods that are eliminated quickly from the oral cavity. Therefore, frequent sucking or chewing of foods such as hard candies and throat lozenges that contain fermentable carbohydrates can be extremely harmful to the teeth.

It is interesting to note that there is only a small link between the total amount of sugar we eat and the chance of tooth decay. However, the frequency of intake of sugars is strongly associated with tooth decay, with people who have sugary snacks more often tending to have a higher decay rate.

In general, we eat a mix of sugars and other carbohydrates including sucrose, glucose, lactose and highly processed starches that are able to be used as energy sources for bacteria to cause tooth decay.

Stickiness of food can also lead to tooth decay as it is in the mouth for longer periods. However, food and drinks that are sugary and not sticky can still lead to increased decay rates. 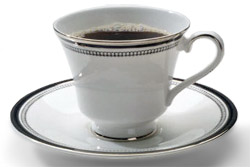 Fluoride is usually a part of one’s natural diet; tap water in many areas, food prepared in fluoridated water, most seafood (as the ocean contains natural fluoride), black tea, and gelatin contains fluoride.1

Fluoride is the most effective preventive agent against tooth decay. Widespread use of fluoride largely accounts for the decline in tooth decay over the last 30 years.

The conclusions regarding fluoride in our diet are as follows:

Starch is essentially a type of carbohydrate that is often plant-derived. Starches are sometimes consumed raw (e.g. in fruits and vegetables) but are largely consumed in a cooked form.

The conclusions regarding starch appear to indicate that:

Plaque pH studies have shown that consuming cheese following a sugary snack virtually abolishes the usual fall in pH that is associated with sugars consumption.

Cows’ milk contains calcium, phosphorus and casein all of which are thought to inhibit tooth decay.

Sugar alcohols including sorbitol, mannitol and xylitol have a much lower calorie content compared with sugars such as sucrose and have been recognised as having a low caries-producing potential. They are often used in chewing gum.

In line with the overall positive health effects of breastfeeding, those children who have been breastfed have lower rates of tooth decay.

Black tea, which contains fluoride, appears to be beneficial for resisting tooth decay due to the large benefits of fluoride in our diet.

An association exists between dental erosion and the consumption of a number of acidic foods and drinks including frequent consumption of:

Consuming acidic beverages and foods frequently is a more important determinant of erosion than total amount of acidic foods consumed. These foods will cause erosion even in individuals with good dental hygiene.

Risk factors for erosion include:

Recommendations for people at risk of dental erosion:

Apart from severe vitamin C deficiency, which results in scurvy-related gum disease, there is little evidence for an association between diet and gum disease.

It seems likely that gum disease is more severe and progresses faster in undernourished populations than healthy people. Malnourished people often have poor resistance to infections and are more prone to them, thus explaining why they have a relatively quick rate of gum disease. 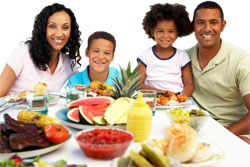 The combined consequence of choice of food items, combination of foods eaten, and frequency of sugary intake in a time period, all play a role in the formation of tooth decay and other problems associated with the teeth.

Sugary items and carbohydrates (that can be used as sources of energy by bacteria) eaten alone, cause a drop in the pH, which favours tooth decay. However, if a non-sugary item that stimulates saliva is eaten immediately before, during, or after this challenge, then the pH will rise, and the saliva will help prevent tooth decay from progressing.

There is a potential for repair when calcium-rich and fluoride rich foods are included in a healthy diet (such as cow’s milk, cheese, tea, tap water). Inclusion of milk or non-fat yoghurt with a meal or snack will reduce the chance of tooth decay. In one study, elderly people who ate cheese had less decay on their teeth.

Eating fermentable carbohydrates e.g. crackers, cola, caramels, raisins and cookies, one after the other over a significant period of time will increase the amount of decay in the mouth, as the pH will remain lower for a longer time and thus favour the progression of tooth decay.

Eating chewy foods (e.g. peanuts) and more basic foods like tuna fish (a high-quality protein) are all recommended if eating a sugar-rich food, or high in refined carbohydrates as they can minimise the risk of tooth decay and dental erosion.

Finally, it is important to have a well-balanced diet. A diet high in carbohydrates is unhealthy for the body as well as for your teeth, and those who snack quite often on potato chips and other carbohydrate and fat-rich snacks tend to have a high occurrence of tooth decay. Diets that promote a variety of foods and moderation are going to contribute to both dental and general health.