Menopause is the phase of a woman’s life when she stops ovulating and stops her monthly menstrual bleeding. Menopause is associated with significant hormonal changes – in particular, the rapid cessation of oestrogen production by the ovaries and rapid decline in oestrogen available to the woman’s body. These hormonal changes cause a range of symptoms in the period leading up to menopause, known as peri-menopause or the menopausal transition. At this time, menstrual cycles become irregular and hormone levels fluctuate.

What causes mood swings during menopause? 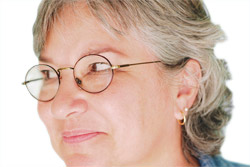 The causes of mood changes associated with menopause are not well understood and there are a few different theories.

Some health professionals argue that the mood changes occur as a result of the hormonal changes of menopause. This theory is plausible because oestrogen plays a role in many brain functions that affect mood and memory.

Other health professionals argue that mood changes associated with menopause are due to sleeplessness resulting from hot flushes and other life changes (e.g. kids leaving home) that occur at this time of life.

Women experience many stresses at the same time as menopause, and it is also possible that these stresses could be responsible for the mood changes that commonly occur in the menopausal period. Stressors which occur at the same time as menopause may be external (e.g. having to care for an ageing parent) or internal (e.g. regret about past life choices). Problems with current relationships or a lack of social support may worsen mood symptoms during menopause.

Other symptoms of menopause, including hot flushes and sexual dysfunction, can also have an effect on mood and relationships. Changes to the body and associated issues with body image, as well as attitudes towards ageing, can all affect a woman’s mood as she transitions to menopause.

Types of mood swings during menopause

Regardless of whether mood changes are directly associated with menopause or occur as a result of other factors, many women experience mood changes in the menopausal period. They can take mild forms such as feeling irritated and upset, or more severe forms such as rapid temper changes and aggression.

Some women report an improved psychological wellbeing with menopause – namely, women with no existing psychological problems who have surgically-induced menopause. Many women also report feelings of freedom because they no longer have to cope with monthly menstruation or worry about becoming pregnant.

Who experiences mood swings during menopause? Some women are more likely than others to experience mood symptoms during menopause. They include:

The psychological changes that occur at menopause vary between women from different cultural backgrounds. These differences are thought to arise because of the different social meanings of menopause and the relative value different cultures place on younger and older female bodies.

Western cultures tend to emphasise youthful women and give them the most visible and valuable female roles in society. This can make women approaching or passing menopause feel under-valued. Similarly, cultures that emphasise fertility and women’s child-bearing roles tend to undervalue post-menopausal women.

On the other hand, some cultures associate menopause with strength and wisdom, and may even attribute special powers of healing to women in the menopausal period. These cultures view menopause and ageing as natural and desirable events, reducing the apprehension women feel when they approach menopause. These societal factors are all thought to influence the extent to which women experience psychological symptoms during the menopausal transition.

Effects of mood changes during menopause

The mood changes that occur in the menopause transition can cause women considerable distress and affect their quality of life. They may also have an effect on other people, particularly people the woman spends considerable periods of time with, such as her partner, family and colleagues.

Many women go to the doctor to discuss menopausal mood changes and possible treatments for them. It is highly likely that the doctor will ask detailed questions about the woman’s life in order to assess whether the symptoms are caused by menopause or another health condition. For many women, menopause may be a catalyst to discuss existing issues with their doctor, and it is important to tell the doctor whether or not the symptoms began before other menopausal symptoms.

Women should be aware that not all mood disorders which occur at the time as menopause are due to menopausal changes. It is useful to consider whether or not there are other factors which may be affecting mood. Such factors include: 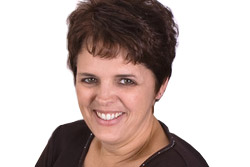 Oestrogen is the primary hormone produced by a woman’s ovaries. It is implicated in numerous reproductive functions, including regulating menstruation, female sexual response (e.g. lubrication) and female sexual development.

Oestrogen shows promise in relieving minor mood disorders and appears to exert an effect over and above the indirect effect of reducing hot flushes. However, further research is needed and oestrogen has not been demonstrated to be effective in treating menopausal women with major depression. There is some evidence that oestrogen can enhance the effects of antidepressants (selective serotonin reuptake inhibitors) in the treatment of depression. Oestrogen appears to be more effective in the peri-menopausal period than post-menopause.

Progesterone is a hormone produced by the ovaries which plays an important role in regulating menstruation, pregnancy and breastfeeding. Progesterone alone appears to have a negative effect on mood in menopausal women. When progesterone is added to oestrogen for hormone replacement therapy (which is standard for all women who have not undergone hysterectomy), it reduces the mood-enhancing effects of oestrogen.

Androgens, including testosterone, are hormones produced by both males and females. Two different hormones from the androgen group, testosterone (produced by the ovaries and the adrenal gland) and dehydroepiandrosterone (produced naturally by the adrenal gland) have both been demonstrated effective in small trials for improving depressed mood in menopausal women. Testosterone has also been shown to improve menopausal anxiety.

Tibolone is a synthetic hormone with oestrogenic, progesterogenic and androgenic properties, meaning that it fulfils similar functions in the human body to hormones from the oestrogen, progesterone and androgen groups. Initial evidence suggests that tibolone improves mood in post-menopausal women. Further research is needed to confirm the results of early trials. There are a number of herbal remedies that have been used to treat the mood symptoms of menopause, although limited safety and efficacy data exist.

Isoflavones are a type of natural oestrogen found in plants. A recent review of evidence found that red clover isoflavones significantly improved depression and mood compared to women who did not receive the treatment (placebo). These results have been confirmed in a further randomised controlled trial which showed a 76% reduction in depression and anxiety symptoms in a group of post-menopausal women receiving 80mg red clover twice daily, compared to a 21% improvement in placebo. However, researchers were unsure whether the improvement in mood was a direct result of the supplement or an indirect result due an 80% improvement in hot flushes.

Another isoflavone, soy protein, has not demonstrated any significant improvement of irritability, depression or anxiousness.

There is some evidence that acupuncture may help improve mood in the menopausal period.

Aromatherapy is commonly administered as a treatment for menopausal mood symptoms. A number of plant oils used in aromatherapy are purported to have mood-enhancing effects; however, there is no evidence from scientific studies to support these claims. 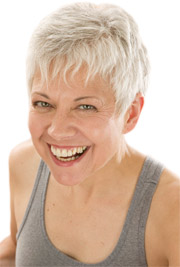 Serious allergic reaction? 11 ways of knowing if you’re having one

Recognizing the first signs of a serious allergic…