Kidney cancer, or renal cell cancer (RCC), originates from the cells of the outer layer of the kidney, the renal cortex. There are many types of RCCs and each type is derived from a different cell lineage and has its own distinct characteristics. Recognition that RCC is a collection of different cancer sub-types rather than a single disease has allowed the development of more specific treatments.

There are three main types of RCCs: 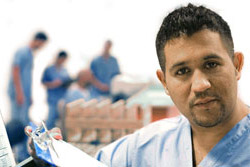 Renal cell carcinoma accounts for 2–3% of all adult cancers. It is the 7th and 9th most common cancer in men and women respectively. It is estimated that 209,000 new cases and 102,000 deaths due to all RCCs occur annually worldwide. The gap between higher rates in men and lower rates in women appears to be narrowing over time. 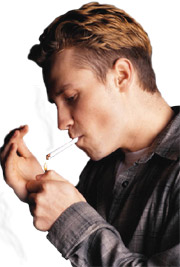 Several risk factors are known to increase the risk of developing sporadic (non-familial) RCC including higher body mass index, high blood pressure and cigarette smoking. Women who have undergone a hysterectomy are at a slightly increased risk of RCC, particularly if they are less than 44 years of age at the time of hysterectomy. Other likely or possible predisposing factors include unopposed oestrogen therapy (therapy which only includes oestrogen without progesterone), occupational exposure to petroleum products, heavy metals or asbestos, acquired polycystic kidney disease associated with chronic renal insufficiency, chronic haemodialysis (filtering an individual’s blood with a machine outside of the body) and analgesic abuse nephropathy.

RCCs can occur spontaneously, but many are associated with other medical illnesses, known as the renal cell carcinoma syndromes:

Different types of RCCs have different characteristic features; however, most RCCs are singular (unifocal) and found in a single kidney (unilateral). Special investigations are required to confirm RCC sub-types, as macroscopic appearance can be misleading. Clear cell RCCs are usually a solitary, unilateral, bright yellow tumour (on account of the abundant fat within it). Most clear cell RCCs are well-circumscribed (have defined edges) and infrequently invade the surrounding tissues. Papillary RCCs are usually solitary tumours with a thick capsule, but they can present as multiple tumours and/or in both kidneys. Chromophobe cell RCCs are generally well-circumscribed, tan brown and are occasionally multi-focal or bilateral.

All RCCs are classically associated with a triad of clinical symptoms: loin pain, a palpable (can be felt when pressing on the area) kidney mass and blood in the urine (haematuria). However, 25–30% of individuals have advanced (metastatic) disease at the time of diagnosis. Haematuria develops as the RCC invades the urinary collecting system, potentially causing clots or discomfort. When RCCs are palpable, they are usually a painless, firm mass.

People with RCC can present with local (confined to one area of the body) or systemic (affecting the whole body) symptoms, depending on the degree of cancer advancement. Common signs and symptoms include anaemia, liver dysfunction, haematuria, weight loss, low protein (hypoalbuminaemia), flank pain, malaise, high calcium (hypercalcaemia) or anorexia. There is a wide range of other medical syndromes associated with RCCs, including those due to the release of parathyroid hormone-related peptide (PTHrP) from the tumour. 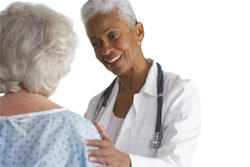 Clear cell RCCs are so called due to the transparent, clear cytoplasm seen within a well-defined cell border. Some cells also contain fine, granular material around the cell nucleus. Papillary cell carcinoma is so called due to the microscopic cellular growth pattern of the tumour which results in rounded protuberances from the cell surface. The cell cytoplasm can be partially clear (as opposed to the totally clear, transparent cytoplasm of clear cell carcinoma). Chromophobe cell RCCs contain cells that are usually large and lie in a sheet-like or alveolar (as found in the lungs) architecture.

Sarcomatoid (spindle shaped) cells  are considered a variant of many types of RCC. They can occasionally be seen in clear cell RCC and are a sign of a poorer prognosis in chromophobe RCCs. Inflammation is usually not seen in RCCs in the absence of cell death.

Metastatic clear cell RCCs most commonly spreads to the lungs, intra-abdominal lymph nodes, bone, brain and liver. Comparatively, the lung is the commonest site of spread for papillary RCC. Metastatic disease in chromophobe RCC is most commonly to the liver and lung.

Detection of RCCs is increasing due to more widespread use of abdominal medical imaging. Consequently, RCCs are increasingly being detected incidentally as small tumours on abdominal imaging rather than as advanced disease. Despite this, a quarter to a third of individuals with RCC have metastatic disease at first presentation.

Imaging
Although RCCs are often incidentally detected on abdominal ultrasound, CT or magnetic resonance imaging (MRI) are better suited to giving detailed information of a known RCC. A solid tumour in the kidney will be more clearly visible on a CT scan with contrast. Features suggestive of malignancy include calcification, abnormal density, septations (divisions), nodularity (outgrowths) and wall thickening. Despite this, differentiation of a malignant RCC from a benign renal tumour on the basis of imaging alone can be difficult.

The American College of Radiology recommends the most appropriate tests for RCC staging:

MRI may be used when results of CT are unsatisfactory or contrast cannot be utilised. MRI will also identify the extent of invasion of tumours into blood vessels. If tumour invasion of major blood vessels is suspected, MRI scanning with gadolinium (a chemical which helps provide extra contrast in the image) is superior to CT. Comparatively, renal arteriography is rarely performed as part of RCC diagnosis.

Bone scans and Positron Emission Tomography (PET)
PET bone scans may be performed if individuals with RCC have bone pain or elevated blood markers suggesting that there may be bone invasion. PET may be more sensitive than bone scans to detect cancer spreading to the bones. However, PET is more expensive and is not generally used routinely.

Tissue Sampling
Making an accurate histological diagnosis to distinguish malignant from benign kidney lesions requires tissue sampling, such as a biopsy or tissue resection. Biopsy of metastatic disease may be more accessible than biopsy of the primary tumour.

Resection generally requires removal of all or part of the kidney (total or partial nephrectomy), providing both confirmatory tissue diagnosis and definitive treatment. Solid renal masses are generally not routinely biopsied prior to resection.

TNM Staging
The TNM staging system is used to measure and classify the degree of advancement of renal cell cancer and which helps to determine how serious the cancer is. The TNM system depends on characteristics of the tumour (T), involvement of lymph nodes (N) and metastatic disease (M). Stages I to III are considered localised disease and Stage IV is advanced disease.

Tumour
The first section of the TNM staging system refers to the invasiveness and type of the primary tumour.

Lymph Nodes
The second section refers to the degree of regional (in the same area) lymph node metastasis (where the cancer has spread to other sites, in this case to the lymph nodes).

Distant Metastasis
The third section refers to the degree of distant metastasis.

The estimated 5-year survival rates for RCC by stages are:

The overall prognosis for RCC depends on its stage and degree of advancement at the time of diagnosis. 40–50% of individuals with RCC will develop metastatic disease, which is associated with a poorer prognosis. Clear cell RCC has a poorer prognosis than other RCC types. However, there is no significant difference between clear and papillary renal cell cancers; 5-year survival rates are estimated at 50–69%. Chromophobe cell carcinoma generally has a less aggressive clinical course and has a more favourable prognosis compared with clear cell RCCs, and has a slightly better or similar survival compared with papillary carcinoma. Localised (Stages I–III) Disease
Given Stage Ia and Ib tumours are small and localised, surgical removal by partial nephrectomy is recommended, whether by an open or laparoscopic (also known as “key hole” surgery) procedure. If a tumour cannot be removed by partial nephrectomy, total removal (radical nephrectomy) is appropriate. If individuals have a reduced life expectancy or significant other illnesses, it may be more appropriate to monitor a person with Stage 1a disease rather than intervene surgically. Thermal ablation is associated with an increase risk of the tumour recurring locally.

20–30% of individuals with localised disease will relapse after surgical removal of tumours, most of which will occur within 3 years. There is currently no role for the use of drugs or radiotherapy treatments after removal of the tumour in localised disease, as these have shown no clear benefit.

Individuals should be followed up and investigated regularly, in accordance with their individual diagnosis, staging and management plan.

Advanced (Stage IV) Disease
Individuals with stage IV disease may benefit from surgery despite the degree of metastatic spread. For example, individuals with a resectable primary RCC with a solitary resectable metastasis, or those people developing a single metastatic site after nephrectomy. However, recurrence of a solitary metastasis is usually followed by recurrence at the primary or metastatic site. Radiotherapy for a solitary bony metastasis has also been shown to improve survival. Reducing the volume of the tumour (cytoreductive nephrectomy) before systemic therapy has also been shown to improve survival, depending on individual selection.

Drug therapies for metastatic RCC are limited. IFN-alpha and IL-2 therapy have potent anti-RCC activity. However, they cause significant toxicity and the clinical benefit has been modest. Targeted biological therapies using tyrosine kinase inhibitors are increasingly in use. This includes multiple receptor tyrosine kinase (rtk) inhibitors (such as sunitinib, sorafenib and pazopanib), mammalian target of rapamycin (mTOR) inhibitors (such as temsirolimus and everolimus) and monoclonal antibody therapies (such as bevacizumab). For many of these drugs, clinical trials are ongoing.

Kidney doctors: what does a nephrologist do?