What is Sudden unexpected death in epilepsy (SUDEP)?

Epilepsy is one of the most common neurological disorders and one of the most complex. Epilepsy is characterised by recurrent seizures (fits) resulting from abnormal electrical activity in the brain. People with epilepsy may die suddenly and unexpectedly without a clear cause of death. This is known as Sudden Unexpected Death in Epilepsy (SUDEP).

SUDEP is diagnosed when there is an unexpected non traumatic (such as head injury) and non drowning death in an individual with epilepsy. It may be witnessed or un-witnessed, and may occur following a seizure or not. It must not occur due to status epilepticus (prolonged seizure that does not respond to medication), inhaling (aspiration) of stomach contents, or any kind of poisoning. To be classified as SUDEP, there must be no evidence of a cause of death due to drugs or other diseases at post mortem examination. The person does not have to have been known to have a seizure just before their death (although this is often the case), but they must have been diagnosed with epilepsy in the past.

It is important to note that ‘sudden death’ is not the same thing as ‘instantaneous death’. Sudden death is defined as death occurring within an hour of starting to become unwell.

Sudden unexpected death in epilepsy (SUDEP) is the single most important cause of death in people with epilepsy. 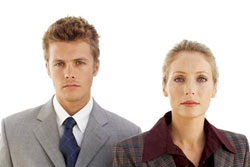 Epilepsy is common, affecting one in every 200 people. People with epilepsy have a significantly higher mortality than people who do not have epilepsy: the rate of death from any cause in patients with epilepsy is 2-3 times higher than that of the general population.

This increased mortality is due to a variety of causes, such as accidents (trauma, drowning) during seizures, suffocation, suicide, and death due to other conditions (such as brain tumours) that lead to seizures.

The most common single epilepsy related cause of death is SUDEP. In people with SUDEP, no cause for death is found at post mortem. The risk of sudden death in people with epilepsy is estimated to be 24 times greater than for those without epilepsy.

The reported incidence of sudden death in epilepsy varies between studies. When studies relate to higher risk groups, SUDEP is found to be a more frequent cause of death than in lower risk groups. In lower risk groups, such as children with epilepsy, the general population, epilepsy registers and autopsy series studies, SUDEP explained from 0-14% of deaths. In contrast, SUDEP explained 29-75% of deaths within studies where subjects were enrolled in drug trials, epilepsy surgery or surgical candidates, epilepsy clinics and registers of patients with refractory epilepsy.

Many studies have been performed in an attempt to identify risk factors for SUDEP. Though none have been clearly confirmed, some possible risk factors are summarised below:

Though individual cases of SUDEP are often reported in medical literature, it has proven difficult to study SUDEP in depth. This is because SUDEP is so rare in the general population. Studies into SUDEP have therefore only been on small groups of patients. However, some useful information has been gathered, both from these studies of small groups of patients, and from animal studies.

The majority of people with newly diagnosed epilepsy will not go on to have seizures in the long term, and within this group SUDEP is an extremely rare occurrence. Studies have therefore tended to focus on individuals with more severe forms of epilepsy, who generally have greater representation within specialist clinics, hospital inpatient settings and residential care. The risk of SUDEP is known to be elevated within this population.

In most studies, the age of death due to SUDEP has been between 25-40 years. However, diagnosing SUDEP in older populations can be difficult as other medical conditions are more likely to be present at autopsy. Death may be mistakenly attributed to these other conditions (such as vascular disease), as by definition SUDEP may only be diagnosed if no other cause of death is found.

The frequency of SUDEP in patients with epilepsy is not always related to the type of, or severity, of seizures experienced. Both major and minor seizures have led to SUDEP. This is because the apparent severity of the convulsions on the outside does not necessarily reflect what is happening in the brain – more severe disturbances in brain activity do not always produce larger seizures. Nevertheless, most cases of SUDEP are said to be associated with seizures of the grand mal (generalised tonic-clonic) type, more severe epilepsy, more frequent seizures, and individuals requiring many antiepileptic drugs.

Most cases of SUDEP occur when the person is in bed. SUDEP may therefore be related to sleep.Whether this is due to a difference in the physiology between nocturnal and daytime seizures, or simply due to lack of supervision and help available at the time is unknown. 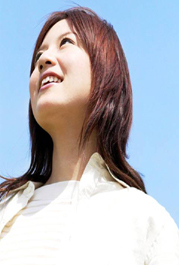 SUDEP was first described in the late 1800s. At that time, it was attributed to asphyxiation (suffocating) from smothering as a result of seizures – probably because most victims of SUDEP are found lying on their stomach, and some had died in bed. More recent research, however, has shown that smothering is extremely rare in people with epilepsy. Smothering is therefore no longer believed to be the usual cause of death from SUDEP.

SUDEP represents a syndrome or category rather than a disease. It may actually represent several processes within an individual, or a cluster of entities.The final common pathway is cardiorespiratory failure.

The cause of SUDEP is unknown. Studies have suggested that in major or minor seizures, the disturbance in brain activity from the seizure causes under-breathing (hypoventilation) of the lungs. This is associated with instability of the autonomic nervous system, which controls involuntary functions such as heart rate. The under-breathing causes the heart rate to go up (tachycardia), followed by an automatic decrease in heart rate (reflex bradycardia). This instability can lead to irregular heart rhythms (arrhythmias) and cardiac arrest, where the heart fails to pump blood around the body.

The explanation above is currently favoured by most people who study SUDEP. However, it may not be the mechanism of death in all SUDEP cases. In addition, in some cases, intrinsic cardiac abnormalities (such as in-born problems with electrical conduction in the heart) may contribute to death.

More recently, long-term electrocardiogram (ECG) monitoring of heart rhythms in patients with epilepsy has produced surprising results. More patients with epilepsy have cardiac arrhythmias during fits (‘ictal arrhythmias’) than previously thought. This may place them at higher risk of SUDEP. In other studies, patients who had frequent, generalised tonic-clonic seizures and higher heart rates during their seizures were more likely to die from SUDEP. This was especially true during night-time attacks, and supervision during the night reduced the risk of recurrence. This suggests again that abnormalities in heart rhythm and rate are probably important factors in SUDEP. At this stage there is no evidence ambulatory or routine ECG recording can identify which individuals with epilepsy are at increased risk of SUDEP. More studies are required into these theories.

SUDEP is diagnosed when an individual with epilepsy dies suddenly, and no cause (such as drowning, trauma, or choking) can be found during post mortem examination. Although a difficult idea for many families to cope with, medical examination of the body of a person who dies in these circumstances is important to rule out other causes of death which may mimic SUDEP, such as a drug overdose or brain haemorrhage. This information is important so that more can be learned about causes of death in epilepsy, including SUDEP, with the hope of preventing deaths in the future.

Unfortunately, we do not yet know exactly how to prevent or treat SUDEP. Strategies are suggested by experts in the area, who base their suggestions on identifying and minimising an individual’s possible risk factors for SUDEP. There is not yet a high level of evidence that proves that these strategies work in preventing SUDEP.

It is likely that the risk of SUDEP can be reduced by making sure that seizure control in all patients with epilepsy is as good as possible, though optimisation of medical and surgical management. This remains the most important treatment goal in patients with epilepsy. Aggressive treatment of refractory epilepsy (characterised by uncontrolled seizures), with specialist epilepsy centre input and consideration of surgery or vagal nerve stimulation is warranted.

Supervision at night, either with a ‘supervisor’ sharing the same room, regular checks throughout the night, or use of a monitoring device has been associated with a decreased risk of SUDEP.

There is some debate as to the best approach in discussing SUDEP with individuals with epilepsy and their families.Given the rare nature of the condition, some clinicians feel outlining the risk of SUDEP will create needless worry for individuals with epilepsy and their relatives. Increasingly however, the importance of identification of high risk individuals, with subsequent education and use of prevention strategies is being promoted clinically and within the literature. Other strategies that have been suggested are identification of seizure precipitants and promoting compliance with treatment.