What is intrauterine insemination (IUI)?

Intrauterine insemination (IUI) is the process of injecting sperm directly into a woman’s uterus using a catheter, to assist conception in an infertile couple. Sperm is retrieved from the male partner or a sperm donor and a solution with a high concentration of sperm is prepared. The solution is then injected directly into the uterus of the female partner while she is ovulating. IUI may be timed to coincide with a woman’s natural ovulation cycle however it is also commonly used in conjunction with pharmaceutically stimulated ovulation. The process of injecting sperm directly into the uterus bypasses the process through which the sperm travel from the vagina, through the cervix and cervical mucus and into a woman’s uterus and fallopian tubes, which occurs when sperm is ejaculated into a woman’s vagina during intercourse.

IUI increases the chances of conception in cases where fertility is underpinned by immotile or morphologically abnormal sperm, as it places the sperm closer to the vicinity of the egg and reduces the distance which sperm need to travel to come into contact with an egg.

IUI is also commonly used when the causes underpinning a couple’s infertility cannot be diagnosed.

IUI is a simple and cost effective alternative to more complex, costly and invasive assisted reproductive techniques (ART). Another procedure, fallopian tube sperm perfusion (FSP), uses a similar technique, but instead injects sperm directly into the fallopian tubes during ovulation, and therefore even closer to the vicinity of the egg than traditional IUI (which injects sperm into the uterus). FSP is a similarly non-invasive and cost effective technique.

Human insemination also began in the late 18th century and reports of successful insemination arose more frequently in the 19th century. New instruments to assist the procedure were also developed in the 19th century (e.g. an instrument called the Fecondateur, a syringe to assist insemination, was reported in 1866). More recently, advances in scientific understanding of the reproduction process, the development of associated reproductive techniques (in particular ovarian stimulation) and further development of medical instruments (e.g. specially designed catheters) for IUI have greatly improved pregnancy outcomes following this treatment.

Use and Effectiveness of Intrauterine Insemination in Australia 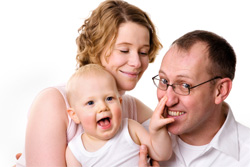 In Australia IUI accounts for 37% of all assisted reproduction treatment cycles, however the proportion of treatment cycles for IUI as opposed to other ART procedures varies considerably between infertility treatment clinics.

The variation occurs because the policies of infertility treatment clinics regarding the use of intrauterine insemination differ considerably. Some clinics promote IUI as first line treatment because it is less costly and invasive, while others promote in vitro fertilisation (IVF) or intracytoplasmic sperm injection (ICSI) as first line treatment, due to the higher rate of pregnancy per treatment cycle associated with these treatment options.

Because of the high cumulative pregnancy rates and minimal costs associated with IUI, evidence based guidelines for treating infertility recommend IUI as first line treatment for many couples with fertility problems. However in Australia and New Zealand, around one-third of infertility treatment centres bypass IUI and offer IVF or ICSI as first-line treatment for all couples. This is because of the higher rates of pregnancy per cycle associated with intrauterine insemination.

Like other ART procedures, the likelihood of success with IUI is highly dependent on the age of the female partner and success declines as the woman ages. Women are more than 40 years old have only a 5% chance of pregnancy per cycle with IUI. Women who are more than 45 have just 0.5% per likelihood of pregnancy per cycle. This is compared to women under 26 years of age who have an 18.9% chance of conceiving per treatment cycle.

The likelihood of IUI success is also highly dependent on the number of ovarian follicles which develop per cycle in which IUI is performed. A woman with only one developed follicle (who will release a single mature oocyte at ovulation) has a 7.6% chance of achieving pregnancy per treatment cycle, compared to a 16.9% chance for a woman with six or more developed follicles (who will therefore release six or more mature oocytes). However the chance of success also varies depending on the factors underlying a couple’s infertility.

When should intrauterine insemination be used? 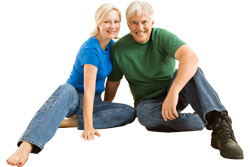 IUI is recommended for use as first line treatment in couples with mild-moderate male factor infertility, mild endometriosis and unexplained fertility problems.

However in Australia, around one third of IVF centres reported recommending IVF (a vastly more costly and invasive treatment) as first line treatment in these couples because the likelihood of conception per cycle is greater with IVF.

Evidence suggests that IUI should be performed for six treatment cycles to maximise the chance of pregnancy. Single (inseminating the female partner once per treatment cycle) rather than double insemination should be offered and insemination of 4ml of solution improves pregnancy rates compared to a standard 2ml solution.

IUI may be used with or without ovarian stimulation, depending on the factors underpinning a couples infertility.

How is Intrauterine Insemination performed?

Before IUI is performed, the couple receiving treatment will attend an infertility clinic for one or more consultations. At these consultations, the procedure will be explained and the couple will receive counselling. If the female partner is to undergo ovarian stimulation, she will be given medications to take to stimulate ovulation and instructed how to administer these medications. After taking the medication, the woman will attend the clinic so that her ovaries can be examined via ultrasound and the development of ovarian follicles assessed. This examination will provide the doctor information by which they can determine when the oocytes contained in the ovarian follicles will be mature and ready for release, and therefore when IUI should be performed.

IUI is a simple procedure which does not require the patient undergo anaesthesia and generally takes less than half and hour. On the day of insemination, the female partner will be asked to attend the clinic with a full bladder, as this helps view the ovaries on the ultrasound. The woman will be allowed to undress and prepare herself on the treatment bed. The couple will then be asked to identify the sperm sample to confirm it is theirs (the sample will be labelled with identifying information) before the treating clinicians draw the sperm solution into a catheter, in preparation for IUI. There are a range of catheters which can be used for the procedure, and while catheter choice does not appear to affect pregnancy outcomes, soft catheters are more difficult for the treating clinician to place correctly in the cervix, while hard catheters result in greater patient discomfort.

When the procedure begins, the treating clinician will use a speculum to view the cervix. The doctor will then clean the cervix using alcohol to guard against infection, before inserting the catheter through the cervical opening, into the uterus. The patient may feel slight discomfort as the catheter enters the cervix, however this will be temporary. Once the catheter is properly inserted, the sperm solution will be injected into the uterus. In cases of FSP, a larger volume of solution is used so that the solution invades the fallopian tubes following release from the catheter. The catheter and speculum are then removed, and the treatment is complete.

Women may want to rest for a short time following treatment, however this is not necessary and does not increase the likelihood of pregnancy. The patient can resume normal activities, including sexual intercourse, immediately, without reducing the chance of treatment success. Women may experience mild blood spotting, as a result of the catheter scraping their cervix during the procedure, however this is of no concern. Women may also experience abdominal cramps or discomfort following IUI and can take paracetamol if necessary. Following the IUI, patients will be advised to return to the clinic for a pregnancy test, usually two weeks after the procedure. 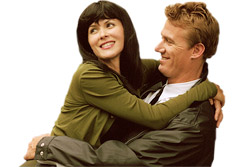 IUI is less invasive than many ART procedures (e.g. there is no need for surgical oocyte retrieval which requires anaesthesia). It is also considerably less expensive than IVF or ICSI, so the use of IUI can significantly reduce the cost of a couple’s infertility treatment.

Risks associated with and limitations of intrauterine insemination

The main risk associated with IUI is the risk of multiple pregnancies. When IUI is used in conjunction with ovarian hyperstimulation, the woman being inseminated is likely to have a number of mature oocytes in her fallopian tubes at the time of insemination. Each of these has the potential to become fertilised if it comes into contact with a sperm and the chance of multiple pregnancy is therefore high.  Multiple pregnancy carries greater health risks for the foetuses and the pregnant woman, including an increased risk of miscarriage and low birth weight and increased pressure on the body of the pregnant woman.