Introduction to supplements and healthy sperm

Healthy males produce millions of sperm each day and only a few of these ever go on to fertilise an egg. Despite the abundance of sperm, conception can take up to a year for many couples with healthy gametes (sex cells – sperm in males and eggs in females). When sperm quality is reduced, for example sperm are immotile (cannot move properly) or abnormally shaped (which may impair their ability to penetrate the shell of an egg) conception may take considerably longer or only be achieved with assisted reproduction technologies.

Many factors, including an individual’s genetic make up, sexual and reproductive health conditions such as sexually transmitted diseases and lifestyle factors such as smoking, affect the health of sperm. Nutritional intake, including intake of particular vitamins and micronutrients, has also been shown to affect the quality and quantity of the sperm a man produces. As a result there has been increasing interest in the role of nutrition in protecting and/or improving sperm health. Scientists have also devoted attention to studying whether or not taking nutritional supplements protects the health of sperm and if it could be an effective treatment for male factor infertility (infertility due to problems with the male).

How do vitamins and micronutrients affect sperm health?

Sperm production is highly dependent on DNA synthesis as each time a cell divides and replicates new DNA is required. DNA requires nutrients to grow and, as most of the nutrients required for DNA synthesis are derived from the diet, a man’s nutritional intake affects the production and health of the stem cells from which his sperm are produced. The processes which are essential for sperm production (mitosis, meiosis and spermatogenesis) each involve the division of cells and each process is thus dependent upon the production of new DNA. Nutritional intake can therefore affect sperm health by affecting the health and availability of DNA on which the cell replication and duplication process depend.

In addition to regulating DNA synthesis, dietary vitamins and micronutrients fulfil important functions in DNA repair and transcription. A number of the processes which regulate sperm production also depend on vitamins and minerals including zinc and B group vitamins to fulfil their functions. Nutrients which are antioxidants (e.g. vitamin E) also affect the development, growth and survival of new sperm cells, because antioxidants protect developing and mature sperm cells from oxidative damage. In the absence of antioxidant protection, oxidative damage might otherwise cause the cells to die (called apoptosis).

The ways in which various nutritional components (e.g. vitamins, micronutrients) affect sperm production is complex and has not yet been adequately investigated by scientific studies. However, scientific evidence so far indicates that several vitamins and micronutrients play an important role in facilitating the production and growth of sperm cells.

B group vitamins, including niacin and cobalamin (vitamin B12) contribute to DNA synthesis, repair and apoptosis. They protect the DNA of dividing and replicating cells from damage and also help to maintain the genetic integrity of DNA, so that each of the cells created through division and replication is an exact replica of the cell which divided (if the genetic integrity of the DNA is disrupted, this may result in cells which are slightly different being produced and these cells may include irregularities which can cause genetic health conditions or cancer).

B group vitamins also play an important role in facilitating the production of an antioxidant called homocysteine. Homocysteine is known as an endogenous antioxidant, meaning that it is produced in the human body (unlike dietary antioxidants which enter the body when an individual eats food containing antioxidants). Homocysteine plays an important role in protecting cells from oxidative damage throughout sperm production, and as its production in the human body is dependent on the availability of B group vitamins, these vitamins play a role in protecting the health of sperm. 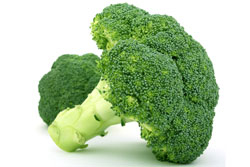 Folate is also a B group vitamin. Following consumption, dietary folate must be converted into its biologically active form, that is, the form in which it can be used by the body’s cells. In order to be converted to its biologically active form, folate undergoes reactions with other compounds in the body, including the B group vitamin cobalamin (Vitamin B12) and zinc. As such, the amount of biologically available folate depends not only on dietary consumption, but also on the availability of other nutrients.

Once converted to its biologically active from, folate plays an important role in DNA synthesis. Folate regulates the function of two amino acids (called cysteine and methionine) which help facilitate the DNA synthesis process. As DNA is essential for the production of sperm stem cells (cells which produce male sperm), folate is important for sperm production. In addition, folic acid (a synthetic form of folate which is used in folate supplements) has antioxidant properties (discussed further below) which may also enhance sperm health.

Zinc is found in relatively high concentrations in the prostate gland, testes and semen (seminal fluids). It is thought to play a role in testicular development and testosterone metabolism, both of which are important for the development of healthy sperm. There is also some evidence that zinc plays a role in:

Like folate, zinc also fulfils important functions in the process of cell division. More than 80 different enzymes plus zinc are involved in preparing the DNA of a cell for the division and replication. Zinc thus affects sperm health, by regulating the actions of these enzymes and the stem cell’s replication and division process.

Zinc also has antioxidant properties and antioxidants play an important role in protecting DNA and other cell components from oxidative damage (discussed further below). However, evidence from animal studies also suggests that in high concentrations, zinc may catalyse some oxidative reactions. Thus very high concentrations of zinc may actually increase, rather than reduce oxidative damage.

Vitamins and micronutrients with antioxidant properties Dietary antioxidants include vitamins A, C and E, as well as micronutrients with antioxidant properties such as folate, zinc and selenium. There are also many endogenous antioxidants (antioxidants produced by the body) including glutathione, bilirubin acid and uric acid. Antioxidants protect DNA and other cell components from oxidative damage (damage caused by reactions with unstable oxygen atoms) which may otherwise cause apoptosis (cell death). As healthy DNA is vital to the development of healthy sperm cells, antioxidants enhance sperm health indirectly by improving the quality of the DNA and other cell components from which they form.

As well as affecting developing sperm, antioxidants also influence the fertilising capacity of mature sperm because they scavenge reactive oxygen species (species attached to unstable oxygen atoms) which may otherwise cause oxidative damage to the mature sperm cells. Mature sperm cells are coated with very thin membranes consisting mainly of fatty acids. These thin membranes enable the cells to be highly fluid (and thus to “swim” up the vaginal tract in search of an egg following ejaculation during intercourse). However, because the membrane is very thin it is also highly susceptible to oxidative damage which can affect sperm maturation, the motility of mature sperm (ability to move) and also sperm’s acrosome reaction (the reaction of the head of the sperm when it comes into contact with an egg).

Elevated concentrations of reactive oxygen species in seminal fluid is an indicator of male infertility, even if the seminal fluid contains sufficient concentration of sperm and all other semen parameters are normal. Antioxidants therefore play an important role in maintaining sperm health by preventing oxidative stress (an imbalance between oxidant and antioxidant concentrations), which is thought to be the underlying cause in about half of all cases of male factor infertility. Two studies in which have compared the semen quality of men who had taken selenium (or selenium and N-acetyle-cysteine) supplements with men who had not taken supplements, have reported improved semen parameters (e.g. improved sperm motility) in the men who took selenium.

Numerous studies have reported associations between men’s dietary folate intake or folate concentration in seminal fluid and semen parameters. These studies have generally shown that increasing folate intake or concentrations in sperm are associated with improved semen quality, including sperm count and concentration. There is also evidence that folate affects the health of sperm DNA and higher folate intake reduces the risk of sperm aneuploidies (abnormalities of the number of chromosomes in the sperm cells which will can cause genetic conditions such as Down syndrome). There is also evidence that folate supplements might be most effective when administered in combination with zinc supplements.

Vitamin B12 (cobalamin) and pyridoxine

Two studies have examined the role of cobalamin and pyridoxine on semen parameters and these indicate that increased concentrations of these B group vitamins in seminal fluid improves semen quality, including sperm count and ejaculate volume.

Which nutritional supplements are recommended for treating male infertility? 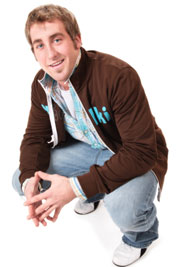 While there is increasing evidence that nutritional supplements improve particular semen parameters in particular groups of men, the evidence is derived mostly from small trials. Typically evidence from large trials, involving for example hundreds or thousands of participants, is needed before particular interventions (in this case, provision of nutritional supplements) can be recommended as treatment for health conditions (such as male factor infertility). Therefore, more research, involving greater numbers of men is needed to determine whether or not nutritional supplements improve semen quality before they can be recommended as a treatment for male factor infertility.

It is also important to note that most evidence to date details associations between increased micronutrient intake and improved semen parameters, but not improved fertility (for example, the time it takes for a couple to conceive or the risk of miscarriage after conception). While improved semen quality should theoretically improve male fertility, there is to date no direct evidence that the semen quality improvements associated with increased micronutrient intake also improve fertility. Studies which investigate whether or not nutritional supplements improve time to pregnancy and other indicators of fertility are also needed. Currently there remains insufficient evidence on the effect of nutritional supplements on the fertility of human males to recommend them as therapy for male factor infertility.

However, we do know from strong clinical evidence that a healthy diet (e.g. low in fat and containing plenty of fruit and vegetables) and lifestyle (with plenty of exercise), which protects against the development of obesity, diabetes and other chronic health conditions protects sperm health. Men who are concerned whether their nutritional intake is affecting their sperm health should therefore focus on improving their diet and getting regular exercise, rather than taking nutritional supplements.