Robotic prostate surgery (also known as robotic radical prostatectomy, Da Vinci prostatectomy, DVP, or robot assisted laparoscopic radical prostatectomy) is a treatment for prostate cancer designed to be as minimally invasive as possible. A prostatectomy is the removal of the prostate gland, and is done with the aim of removing all the cancerous cells. Laparoscopic surgery, which is also known as ‘keyhole surgery‘, involves the use of cameras and surgical instruments inserted through small holes in the body wall. This is different to open surgery, in which a sometimes large cut is made to access the area. Sometimes laparoscopic instruments are held by the surgeon, but in robotic prostate surgery, the surgeon controls them with a highly advanced computer system. Open prostate surgery is still the most common treatment for prostate cancer that has not spread to the rest of the body.

Most prostate cancers are a type of cancer known as an adenocarcinoma. This means that it grows from glands. A gland, like the prostate, is a group of cells that create and release certain fluids, and an adenocarcinoma comes from these and keeps a gland-like structure. Open prostate surgery is most effective when the cancer is detected in the earlier stages. If the prostate cancer is diagnosed in time, open prostate surgery is associated with high survival rates. However, open prostate surgery can be associated with problems of urinary incontinence (14%) and erectile problems, with only 28% of men having erections firm enough for intercourse 60 months after surgery. Robotic prostate surgery, because it is less invasive and can be more gentle to sensitive parts of the body, can result in these problems being less common. 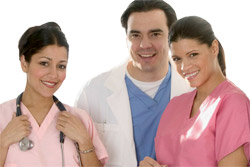 Laparoscopic prostate surgery with the surgeon holding the instruments can be done, but requires very high surgical skills, and there are some parts of the operation that are incredibly difficult. In robotic prostate surgery, a robot performs all the cutting and surgery while the surgeon controls the instruments with a computer. The robot does not think for itself and still requires a surgeon to operate it. It reproduces exactly the movements of the arms and wrist of a surgeon, while giving them a high quality, three dimensional image of what they are doing. This means that it feels very natural to the surgeon.

What does robotic prostate surgery involve?

During the surgery, six laparoscopic ‘ports’ are inserted. A port is a small hole in the body wall that the instruments go through. One port is for a camera allowing the surgeon to see. Two ports are for ‘working arms‘ that cut and hold body tissues. The specialised prostate surgery machine is then brought in and connected to these three ports. The other three ports are for any other laparoscopic instruments that the surgeon wants, and need humans to work them.

To operate the robot, a surgeon sits at a very specialised computer console and controls the movement of the camera and working arms. An assistant and nurse remain at the operating table to change instruments on the robotic arms and to perform various other tasks that the machine cannot do itself. The surgeon sits with their head in a console, through which they can view a three-dimensional image. The controls are held with the thumb and forefinger. These control the movements of the instruments inside the patient.

The advantages to the patient of robotic prostate surgery are the same as if it were a normal laparoscopic operation. They are:

Disadvantages and side effects of robotic prostate surgery

Disadvantages or robotic prostate surgery include that the machine has no sense of touch, and so when the surgeon pushes on a tissue, it does not ‘push back’ as it would if they were holding the instruments. With experience, the surgeon can compensate for this by watching the tissue and its response to movement.

A robotic prostate surgery system is very expensive, both to buy initially and to maintain. Each time a surgical operation is performed, many of the instruments must be thrown out and replaced, again increasing cost. 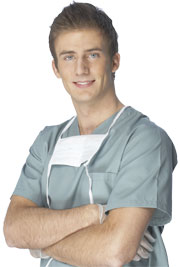 Robotic prostate surgery also offers improved outcomes in terms of less urinary incontinence and erectile problems. The loss of erectile function and continence after surgery is due to nerve damage during the operation. Nerves are the fibres that run from the brain and control the body, and there is a large network of very fine nerves in the area surrounding the prostate. The main nerve to the penis is
in a very specific part of this network and passes just behind the prostate gland. It is as close as 1.7 mm to the prostate and other parts of the male reproductive system, such as the seminal vesicles. If the nerves are moved or stretched too much, or if the surgeon uses diathermy (a cut made with heat) too close to the nerves, it can result in damage. Because of the magnified views available with the robotic system and the accurate movements of the robotic arms, the surgery can be much more precise and damage to the nerves can be more easily avoided.

When the procedures are used in potent men under the age of 65, 74% were able to have successful sexual intercourse (with or without the help of drugs) 9 months after surgery.

If the cancer is less advanced, another option called an ‘extended nerve sparing‘ procedure is available. Here, instead of removing the entire prostate, the capsule of tissue surrounding the prostate (like a very thin skin covering the gland) is hollowed out. This is less dangerous to the nerves because surgery is only done deeper into the tissue and does not involve cutting around the nerves, hopefully leaving them undamaged. With this technique, 97% of previously potent men were able to have sexual intercourse (with out without the help of drugs) within 12 months.

The disadvantage to this extended nerve sparing procedure is the chance of leaving some of the cancer behind. For this reason, it is only done in those patients with early or low risk forms of the disease.

If one side of the prostate is affected and the other is not, the extended nerve sparing procedure can be done on the non-affected side and a more standard operation can be done on the other. If guidelines are followed, there is only a 2–3% chance that some cancer will be left behind. 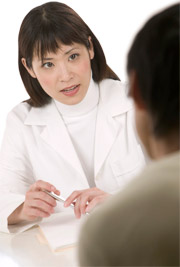 How common is robotic prostate surgery?

It is for these reasons that robotic radical prostatectomy appears to offer significant advantages over open surgical radical prostatectomy. Currently, 30–40% of all prostatectomies in the United States are done robotically, and the number continues to rise. It is expected that the same will occur in Australia as the technology becomes more widely available.