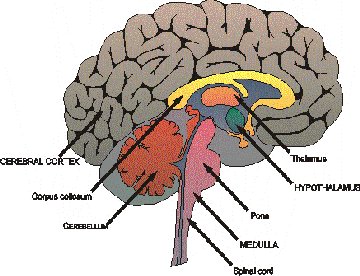 Delirium is a psychological disease.

This condition is an acute confusional state, characterised by disturbance of consciousness accompanied by variable degrees of cognitive impairment. It is generally considered an acute reversible condition.

1. Age – Most commonly affects elderly patients or young children. The developing or deteriorating brain is most at risk of delirium.

7. Medications – Any medication has the potential to cause delirium, especially in the elderly.

8. Systemic disease – Severe infections often result in the development of delirium in the elderly.

Delirium will usually occur in young children, elderly adults and those with previous brain damage. It is thought that the brain is most sensitive to developing delirium when its is first developing, deteriorating or previously damaged, requiring little stimulus to evoke a state of delirium. The state of delirium will usually persist for a few days after the underlying cause has resolved. Recovery from delirium is expected, provided the cause is treated successfully.

How is Delirium Diagnosed?

As delirium is always caused by an underlying disease process, investigations should focus on the identification of this process and the assessment of its severity. Several blood tests will be required to identify infection, kidney function and liver function. Urine samples may be taken to screen for drug overdose or poisoning. The patient may also undergo a CT scan of the head, ECG of the heart and lumber puncture to find the cuase of their delirium.

How is Delirium Treated?

Investigation and treatment of the underlying physical disease should be performed.

1. Supportive care: The patient should be carefully nursed and rehydrated in a quiet single room with a window that does not allow exits.

3. Review medications: All current drug therapy should be reviewed for medications commonly responsible for the induction of delirium.

4. Treatment of agitation: In severe delirium, certain drugs such as haloperidol can be used to help control the patient’s agitation. The first dose can be given by injection if the patient refuses oral medications. Other drugs such as olanzapine can be an effective alternative to haloperidol.